Tabea Kusongwa reports on the holiday workshops that have changed the young people from FCTrelief  - the reasons could not be more different.

After the long break from school during the Lockdown, we decided to use the 2 week holiday to do workshops 5 days a week and give the pupils 5 lunches a week, to help prepare them for their return to school. It was a great success and everyone appreciated it and benefitted from it. Our teachers did a great job and the pupils were really motivated.

After the 3 examination grades started going back to the schools in June, they got a 2-week break in September. We used the chance to organize some workshops for them and all our other pupils who were not able to go to school since the closure in March due to the Coronavirus precautions. As we had to make sure we maintain the social distancing and other hygiene rules, we divided them into two groups. Half of the pupils came in the morning and others in the afternoon. There were about 80 pupils coming on a regular basis per day.

Teachers prepared a different program for each day. We shared motivational talks about how to stay focused with challenging circumstances at home, how to set the right priorities, how to make right decisions and how to overcome peer pressure. We also gave testimonies of our own lives and how we overcame certain obstacles. 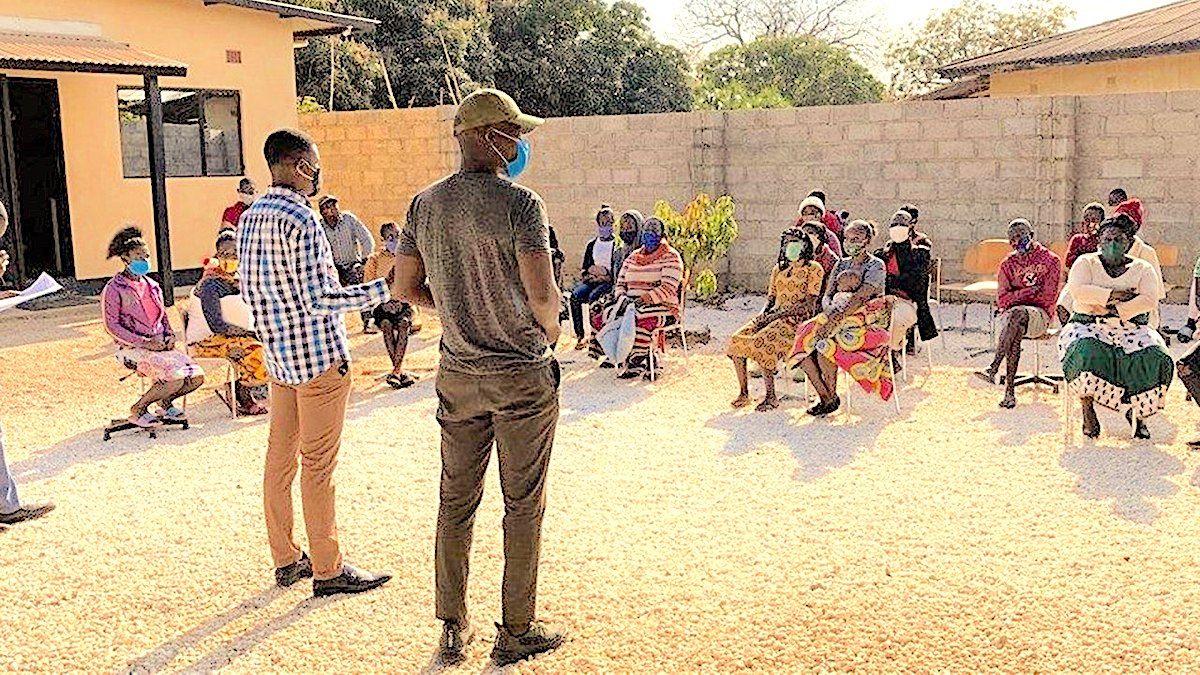 Also we talked about different career options after school and the possibility to do a skills training. Some pupils think, that by all means they have to complete grade 12 so that they can go to college or university afterwards, but unfortunately we have often experienced that due to lack of intelligence a lot of them do not manage to reach grade 12. We observed that this lack of intelligence is mostly due to malnutrition since birth and lack of support for studies from the parents. Therefore we encourage those who are committed and show us that they really want to achieve something in their life, to do a skills training after they pass grade 9 successfully. 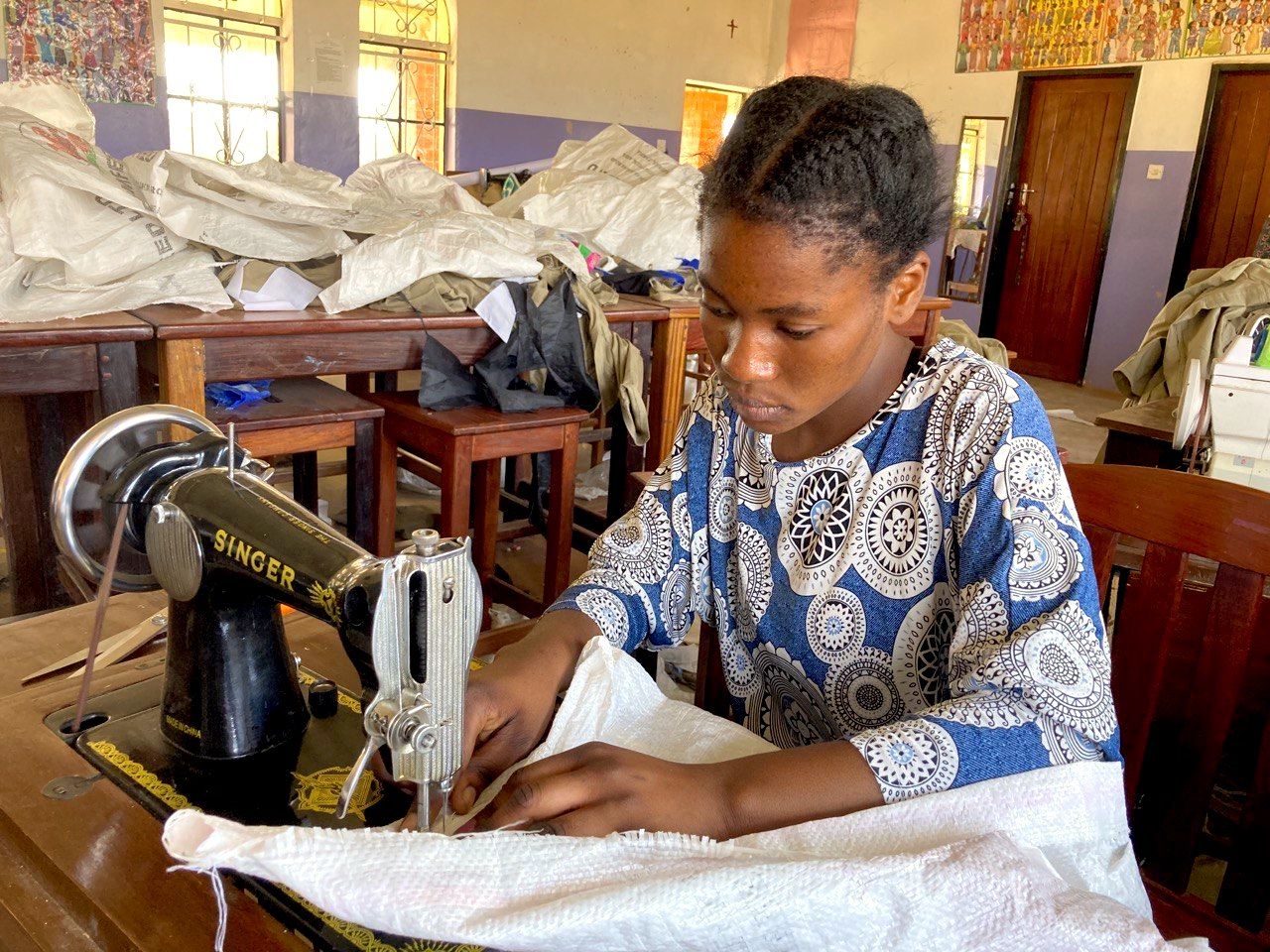 Even if they pass Grade 12 it is sometimes better to learn a skill to be able to work and later go to college. We also consider their age because if a pupil is in Grade 10, and is already 20 years old, it is often not easy to focus on school when friends are getting married and doing piece work. We have a lot of cases where pupils are a certain age because they started with school late or didn’t go to school for some years because of lack of finances. Unfortunately, we know quite a number of people who completed their studies at university or college successfully but cannot find a job. It can be very frustrating if you have a diploma or bachelor and end up selling shoes in the streets. That shows us the importance of learning a skill. 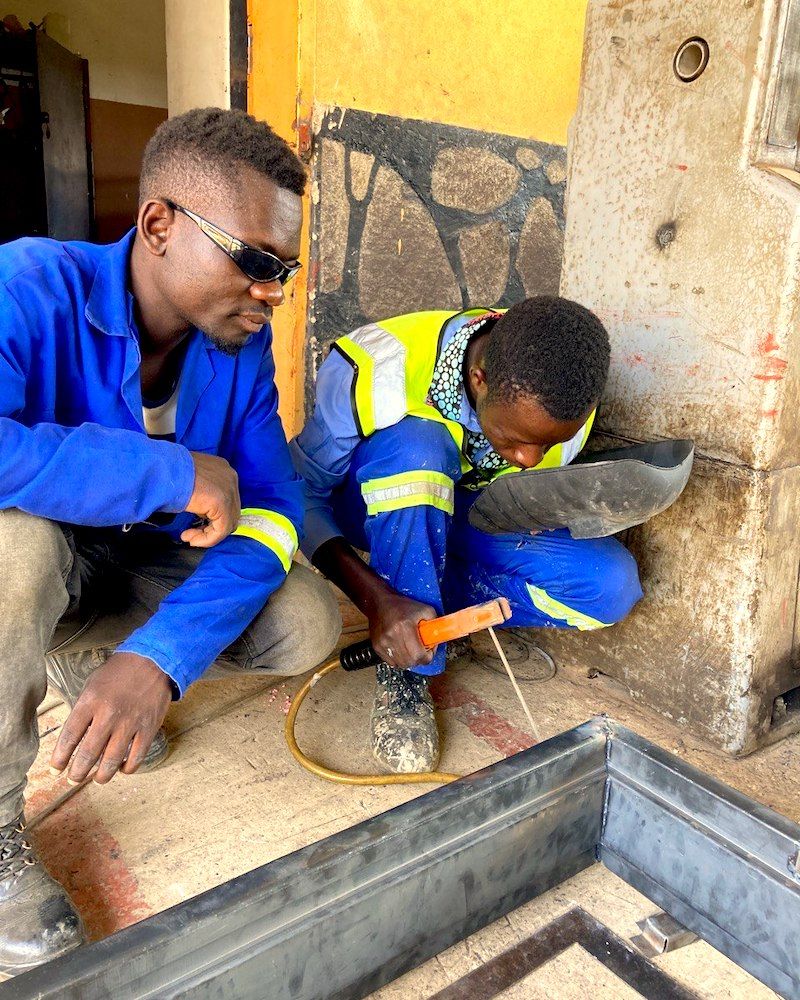 Pupils also had the chance to show their talents – which is mostly singing and dancing. I was impressed to see how they don’t fear the stage as soon as they can sing or dance. Even though if one maybe doesn’t have the right tone or only pretends to sing with the song on cd in the background. Beside such activities we also showed 2 movies each week. They were educational and encouraging to everyone who was watching. 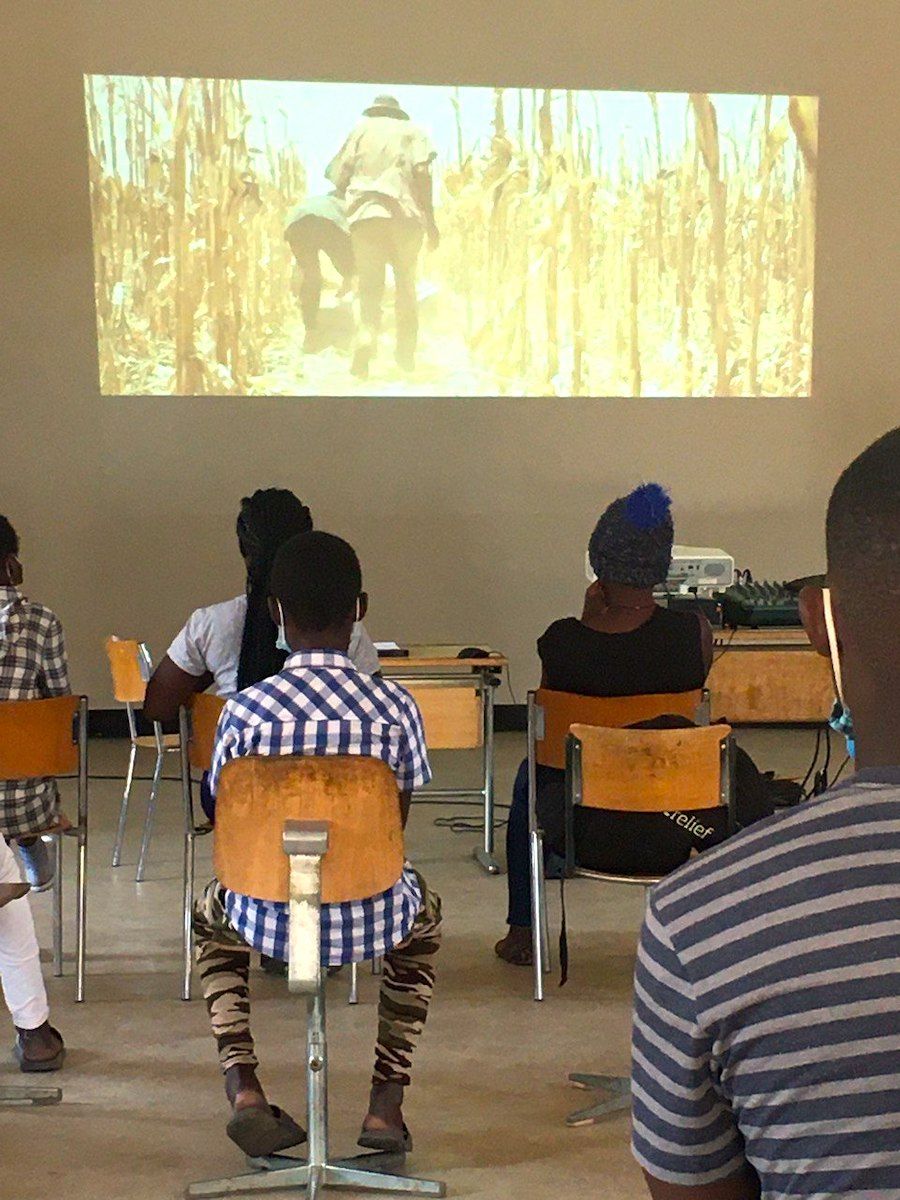 Looking for the surrogate father

We also divided the pupils into girls and boys groups to be able to talk to them about specific gender issues. It is very important for them to hear from role models, how to dress properly, how to behave if approached by a girl or boy for pleasure. Girls are often offered a lot of money and material things like a phone and clothes for the man to have sex with them. In times where hunger and poverty is so real, it can be a challenge for a girl to refuse such an offer. One girl shared her experience where she was approached openly with the others. We are grateful to create an environment where they can express themselves freely and ask questions. Mrs. Lungwangwa, the guidance teacher from one of the schools where our pupils go, also came and talked to them about peer pressure and why they should not get involved in relationships. It often happens, that married men have relationships with school pupils which involves sex and once such a pupil gets pregnant she looks for a boy who is innocent because she knows that the man cannot look after the baby because of other commitments. Then the girl claims that her new boyfriend is the father of the child. This shows that there has to be caution on both sides.

To the hospital with pneumonia

As every year, we had Dr. Winnice coming to do a health check-up on all our pupils and staff. She got a loan from FCTrelief some years ago to complete her studies in the Copperbelt in northern Zambia in December 2019. She is now working in one of the hospitals in Lusaka. We organized an extra day for the pupils on a Saturday, as Dr. Winnice was not able to come during the week. Everyone ate lunch and played games while others did the check-up. It was a success and we were able to help many with medicine. A lot of pupils are suffering from ulcers due to a diet which is not balanced and an irregular intake of food which causes gasses. That food (cabbage, beans) is mostly cheap and affordable for the poor. We also bought a simple automatic blood pressure machine, so that the staff are able to measure their own blood pressure and that of the pupils. They are very grateful for this, as it can take time and be complicated for them to go to the clinic to have their blood pressure checked. 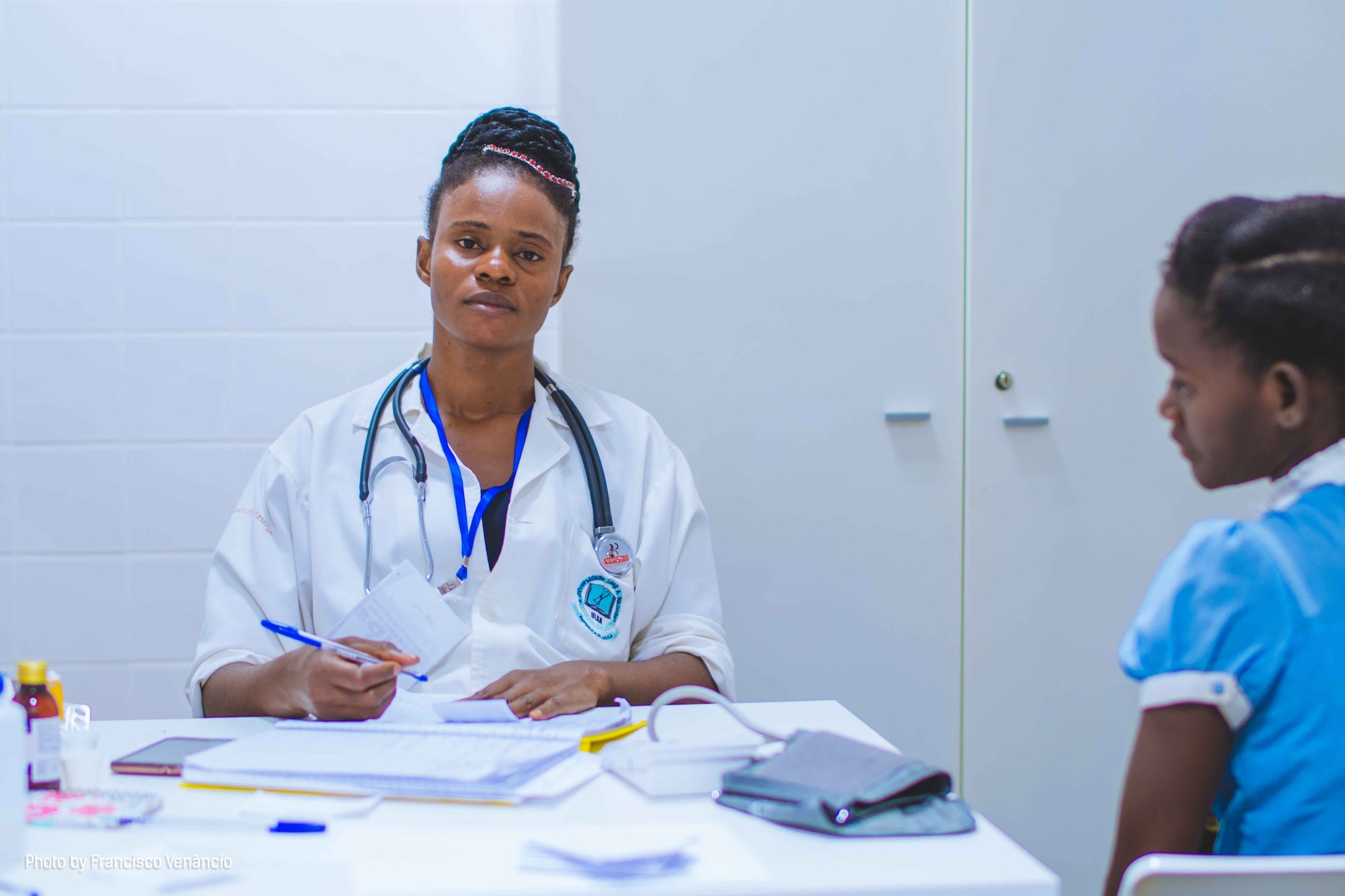 We had to admit one pupil to hospital, as she was very sick. She is 15 years old, but looks much younger, as she didn’t have enough food to grow properly. She got very ill about one month ago and we started doing home visits and helped her with fruits so that she had some vitamins to take. At one point her stomach was very sensitive and she was only able to eat oranges and pineapples. The mother took her to a clinic a couple of times, where she was given iv-fluids and sent back home. For Dr. Winnice to see her we had to organize a taxi, as F. was not able to walk to our property. With her having high fever, low blood pressure and high pulse we had to be careful that she was not going to develop a sepsis. Dr. Winnice assumed that F. had tuberculosis or pneumonia and said it was dangerous to send her home with medication, as anything could happen. The mother refused to escort her daughter to hospital, until Dr. W. talked to her and explained the importance. She wanted to look after F. at home and kept telling us that the daughter’s condition was improving. We are glad that in the meantime F. is back at home with proper medication, as they diagnosed her with pneumonia. Out of this situation we realize how people often become victims of their lack of knowledge of the importance of good health. The poor health system contributes as well, F. was supposed to be admitted when her mother took her to the clinic for the first time.

A definite highlight was the lunch every day during these two weeks instead of the usual three days per week. The cooks were glad to receive a bigger salary in the month end due to cooking more and the pupils were happy, not to struggle with eating lunch for two weeks in a row. 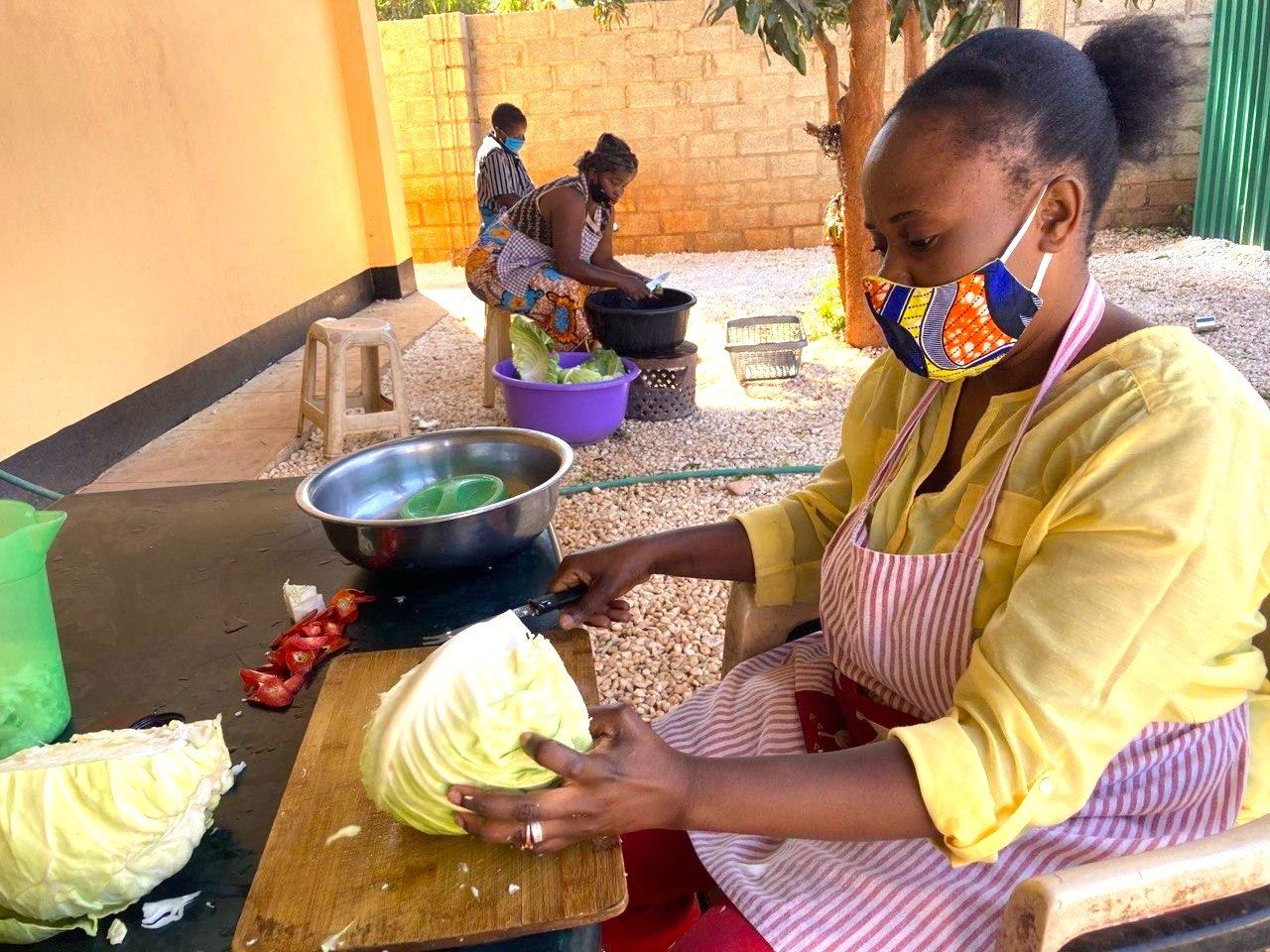 Once each week we cooked a special meal, containing pasta with chicken and vegetables and on the other week rice with mince meat and vegetables. Usually we cook nshima - which is pounded maize - the staple food of the people here and a protein, which is mostly eggs, beans, soya or kapenta – a small fish from the lakes. Vegetables we get from FCTfarm for every day.

We had all the guardians come to listen to the teachers before we handed out the new mattresses to those pupils who started with FCT in January 2019, and also all the pupils and families received a food package of Mealie Meal, a large cabbage, salt and cooking oil, all of which was greatly appreciated. 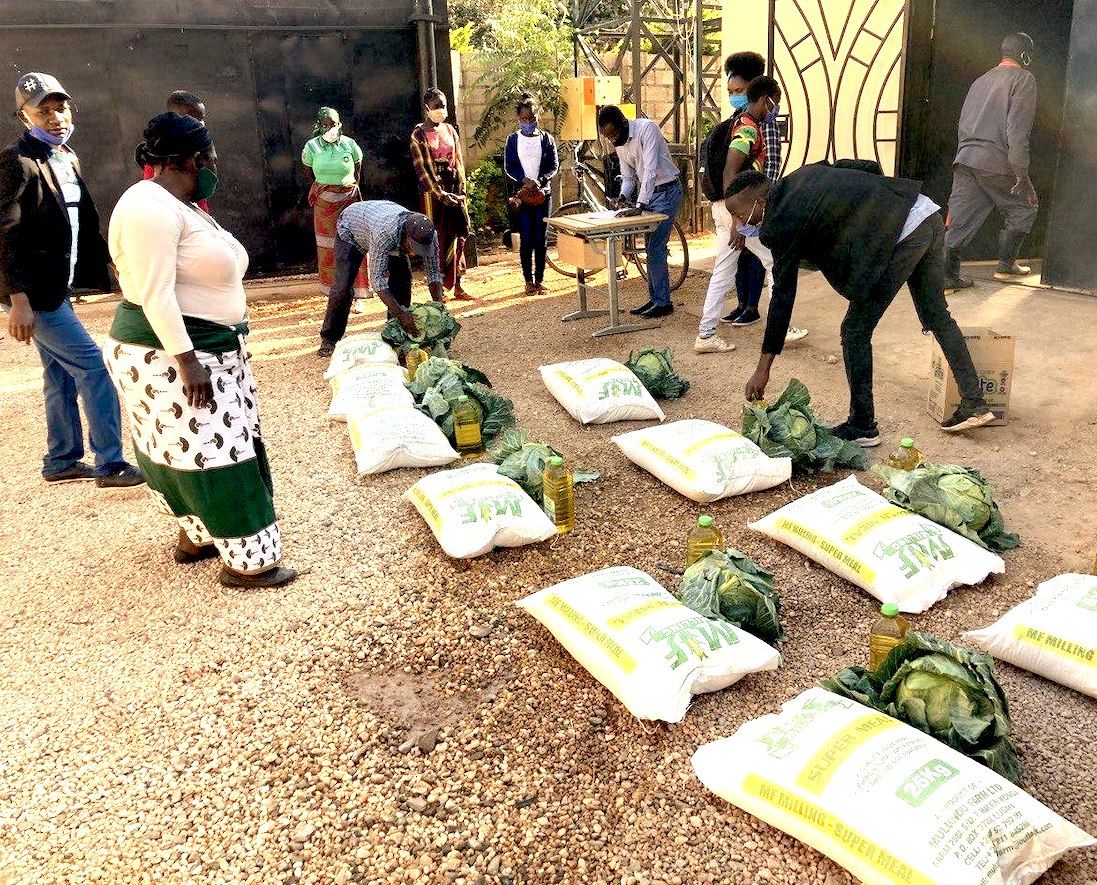 In general we can say that our operations in September have been a real success for pupils, cooks and teachers. Everyone was happy to eat lunch more often than usual, socialize with others after the long period while schools were closed and learn more from others. Just as the workshops finished, the president announced the opening of schools again for everyone. Pupils cheered with joy when they were informed! Finally, everyone is now back at school. Because of the long break due to Covid-19, this school year will end in March 2021 instead of December 2020. Like this everyone has a chance to catch up with what they have missed during the last couple of months.

A big thank you to all our generous sponsors for making these workshops possible. 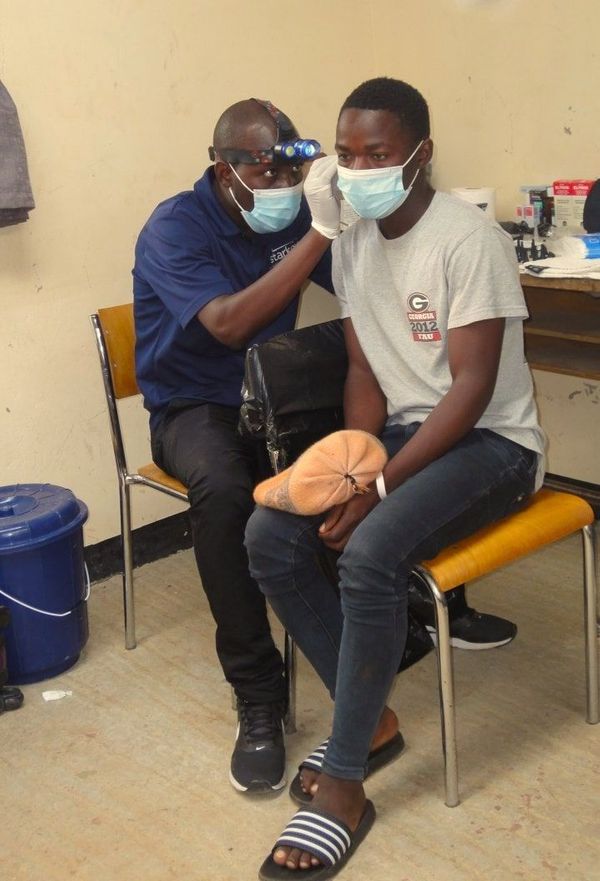 The participants in the tutoring program receive free hearing tests and learn to look after their ears. 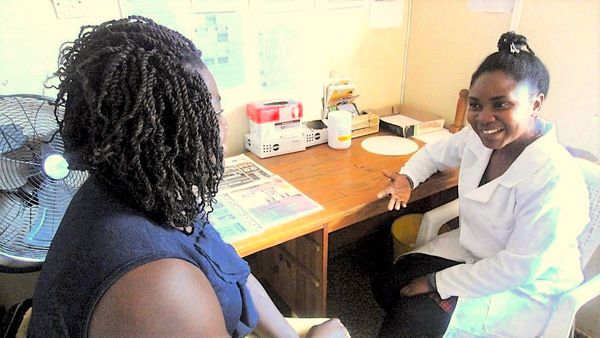 Racheal Mtonthola is one of our 2 English teachers at FCTrelief and as the only female teacher she is responsible for the welfare of our girls especially.